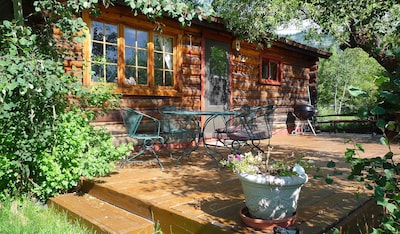 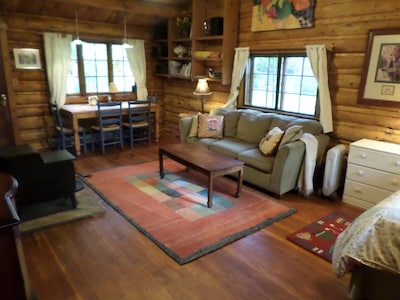 Didi and Brot spent more than 20 years in the Himalaya of Nepal, Tibet and India, and were married there. Didi imports Himalayan rugs and Brot is a writer, consultant and lecturer

Didi purchased this Cabin in 1999

I had skied at JH in 1964, and as a young ski racer had always wanted to be near skiing. (As it turns out, I've become more attracted to ice hockey).