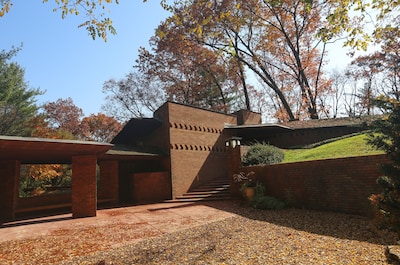 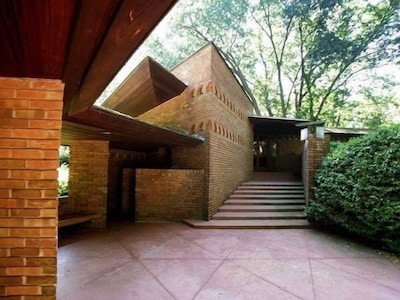 Hosted by Sue and Gary

Hosted by Sue and Gary

About Sue and Gary

We currently live in San Francisco and purchased the house in March 2009. Jeffrey Schox, who is a San Francisco patent attorney, spends several weeks a year in Ann Arbor. When he is not in Ann Arbor, the Palmer House will be available for rent as a guest house and as a meeting location. Kathryn is a yoga teacher and plans to offer both public and private classes in the house a few times a year. Jeff's parents, Sue and Gary Cox are the caretakers of the house.

Why Sue and Gary chose Angell

We both graduated from the University of Michigan and while attending school, frequently went on long walks or runs with the Palmer House as our destination. Jeffrey has been a fan of Frank Lloyd Wright since an early age growing up outside of Detroit and Kathryn became a fan while attending the Art Institute of Chicago and exploring the suburbs of Chicago.