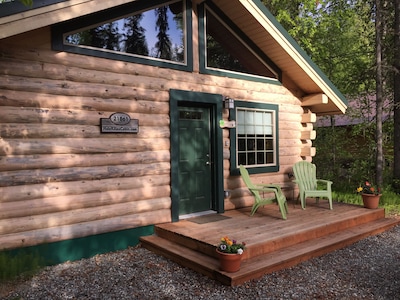 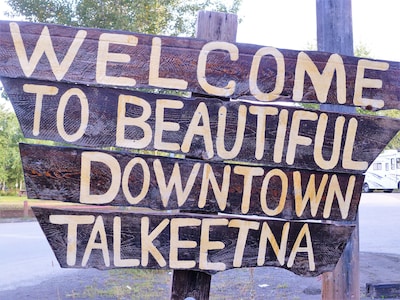 Hale Kōlea Cabin is a labor of love project by owner, Richard Cheney and his husband Kalani Chong. Richard, a graduate of University of Michigan, grew up in Williamston, Michigan and has been a Hawaii resident for over 35 years. Richard is a 12-time Honolulu Marathon and 3-time Iron Man finisher. His husband Kalani is a Native Hawaiian whose lineage can be traced back to Hawaii's Princess Ka'iulani. Kalani enjoys traveling to UNESCO World Heritage Sites and collecting vinyl records as art. Both live in Hilo, Hawaii and work in the health care industry.

Richard Cheney purchased this Cabin in 2012

We are a legally-operated log cabin vacation rental: Alaska Business License #976961 Mat-Su Borough Business License #23383 ​Richard and Kalani unknowingly fell in love with Talkeetna while on a March 2012 winter vacation that began with Anchorage, then Fairbanks and eventually ended with a picturesque Aurora train ride to the charming town of Talkeetna. One night's stay in Trapper John's Cabin is all it took to launch research of available real estate that quickly led to groundbreaking four months later on July 3, 2012.

For the past 3 years, a kōlea bird or Pacific Golden Plover appeared every August at Richard and Kalani's residence in Honolulu, Hawaii. Every day this kōlea bird could be seen grazing the grassy parts of their property for an insatiable appetite of insects, all while enjoying the warm Hawaiian sun. Every April, their bird would vanish and heed its migratory call to flock north to Alaska. This miracle instinct fittingly inspired the cabin's name, Hale Kōlea (Ha-lay Co-lay-ah) or 'Kōlea House'. We sincerely appreciate your interest in making Hale Kolea Cabin as a part of your next Alaskan adventure. We look forward to your stay! *Inclusivity Disclosure: Hale Kōlea Cabin has and will always welcome: ALL Races ALL Religions ALL Countries of Origin ALL Sexual Orientations ALL Genders ALL Abilities You are safe here.