Montana TING -5star vacation home in the heart of Montana 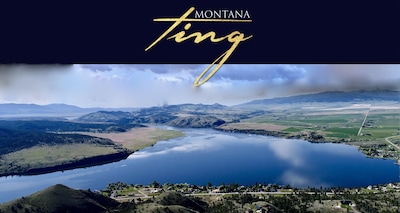 Montana at it's best! 5-star Luxury you don't have to share.

Dear guest We are Christine Mayn and Nick Wilder and have called Montana our home for over 20 years. In 1996 we found this amazing spot above the Missouri. We called it TING. An old Celtic expression for a spiritual place. So called "Thin places" or TING places" were gathering grounds for the Celtics. The English word THING derives from this ancient word. In the Chinese language TING it means "halt, pause, listen with all you senses". As actors Christine an I have traveled the world many times over and have experienced some amazing hotels and resorts. By creating TING over the past years, our intention was to bring something special to Montana, so that we could share the beauty of this particular spot and it's magic views with others.

TING is located on 40 acres with 360 degree magnificent views.

What makes this Place unique

You are the only guest!