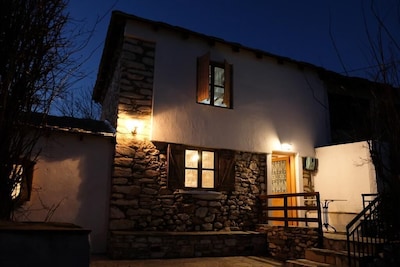 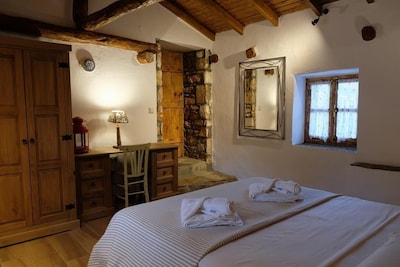 Hi everybody! Before starting to write this description I do not want to use toxic behaviors to avoid more general ideas that I can establish a solid foundation in my guest experience and leave a particular impression. Despite the fact that our life condition is perfect in Istanbul as a finance manager at one of the famous FMCG in the world, I'd like to be quite efficient in tourism too. Since tourism is our passion, we want to use our qualifications in this sector with my wife Sofia Nur in Bergama / Pergamon. My name is Aris who wants to make a part of this historic city: Bergama / Pergamon.

purchased this Cottage in 2019

Frankly because of my origin. On the other words, I have a half greek and half armenian family heritage. Moreover, I had a chance to do compulsory military service as a third- lieutenant in this beautiful city. Therefore, I decided to buy a greek cottage there in order to prove that we are here

The 5 reasons why you must discover Pergamum 1) The Acropolis: It is interesting to start the visit of this ancient Turkish city by its acropolis. It is situated on a 350m high peak and is reached by an asphalt road of about 6km. The Upper City or Acropolis was the official city and estate of the royal family where kings, civil aristocracies, military and garrison resided. The Acropolis stood on four platforms forming a magnificent frame. Almost all the monuments of the present ruins are from the Hellenistic era except the Trajan temple. The paths to follow to visit the acropolis are indicated by blue circles. Posters give indications on structures and magnificent ruins. 2) The Pergamum Theater: Built on the hillside under Eumene 2 in the 2nd century, the Pergamum Theater is a superb place. The steepest of antiquity, it does not correspond to the usual conventions of the time that wanted the perimeter of the auditorium beyond the semicircle. It consisted of 80 bleachers allowing to receive more than 10 000 spectators. Rows of holes to fix the decor are visible on the ground. In the center of the cavea is an imperial marble lodge built by the Romans to accommodate the highest dignitaries of the city. A temple dedicated to Dionysus (god of wine and theater) is at the bottom, at the stage level. 3) The temple of Trajan: Started under the reign of Trajan and finished under Hadrian, this temple is built at the top of the acropolis that dominates the city of Pergamum. The temple is the only sanctuary of Asia Minor for the imperial cult. It includes a rectangular temenos, bordered by three porticoes, the fourth side remaining open on the terrace. The temple which stands on a podium of 27 by 20 m was peripterous with six by nine columns. The only Roman building on the acropolis and built in white marble, the Trajan Temple is a must-see place in the city of Pergamum. 4) The Pergamum library 5) The throne of Satan