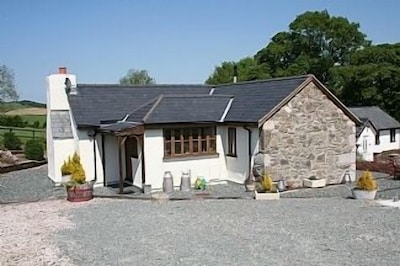 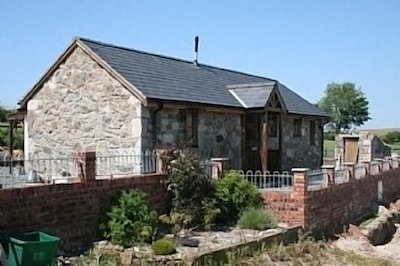 Rhys and Marian Owen purchased the small holding in 2003 and over two years lovingly converted the old cowbarn into a special place that guests could enjoy short and long breaks. Many many years ago Rhys's family were tenants on the small holding but had to vacate after the death of his grandfather, it was quite emotional when 30 years later he and Marian were able to purchase the old family home. Rhys and Marian live some 400 metres from Pistyll Y Glo and farm the adjoning land. Rhys is a part time farmer as well as running his own business, Marian after University was a social worker but left to bring up their 3 children, she now works as a Registrar of Births, Deaths and Marriages.

Rhys Owen purchased this Barn in 2003