Charming, Historic Residence In The Heart Of Castle Country. 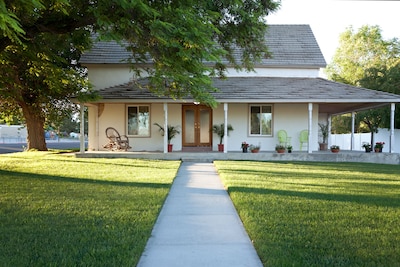 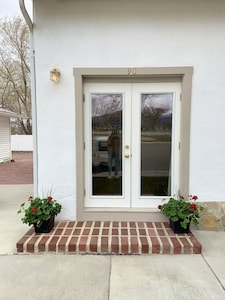 My wife and I have lived in Ferron for about 40 years and raised our 6 children here. We owned a drive-in restaurant for several years. I am a retired educator.

When we moved here to ferron in the 80's I had my eye on The Nielsen House and wished to own it. Several years later it became available and we purchased it The place was in need of repairs. We fixed it up and made it a weekend restaurant and catering business for a short time. Later we convinced my parents to move into the home and they lived there for several years. We later rented the home for several years, but renters didn't take care of it like I wanted. I needed the control of it so we decided to go with VRBO.

The Nielsen House was probably the first rock home in Ferron. The records say it was built around 1889. A man built it for his daughter who was engaged to be married and said the first daughter to marry would get the home. A younger daughter eloped and was given the house, so the father built another home across the street for the daughter who was hoping to get the house. The second house is much smaller and is frame construction.