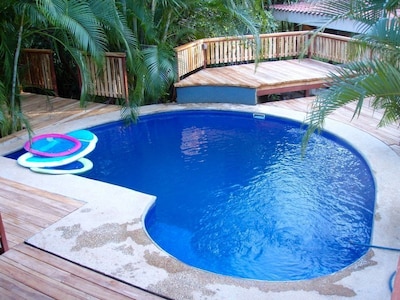 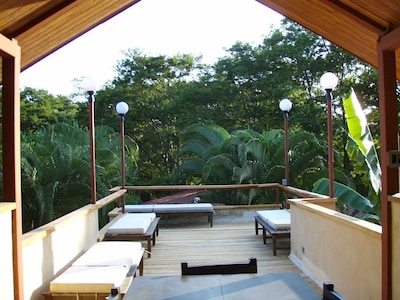 In the beginning I came to Tamarindo Beach to take time off from skiing. A knee injury had forced me to leave my home in Whistler, B.C. to pursue other activities during the winter. I tried surfing while recovering here in Tamarindo and ended up preferring the waves over snow and the beach over the mountains. Over the years I've grown to love this small beach town and eventually decided to move down permanently. El Escondite means 'the Hideout' in Spanish and that was the start of Harry's hideaway.

Harry purchased this Studio in 2001

The 'El Escondite' grounds was established in 2001 and over the years has been expanded, renovated and improved to keep up with needs of clients. The cabinas are Tico style with outdoor living kept in mind yet has all modern the conveniences expected from a quality hotel. Relax and hideout at this quiet, private and secluded villa.

Free use of surfboard and bicycles for all guests. The cabina has a flat screen HDTV's with access to the web and a media server that includes a large selection of surf movies as well as the latest featured films. A music and an ebook library is also available.