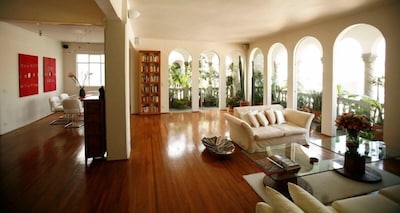 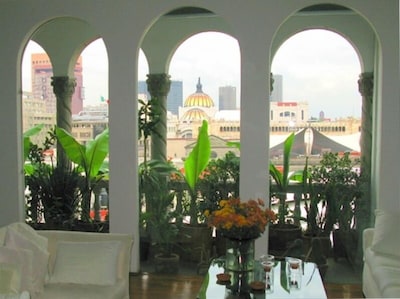 Petra, the German owner (she speaks German, English, Spanish and French) has lived and worked as a journalist in Mexico for nearly 30 years. When authorities began to spruce up the decaying Centro Histórico more than ten years years ago, she bought two apartments on the top floor of a stately building between the Zocalo and Bellas Artes. Before moving in, she totally remodeled, modernized and redecorated both properties – one to live in herself, the other to put up friends, relatives and paying guests when visiting Mexico.