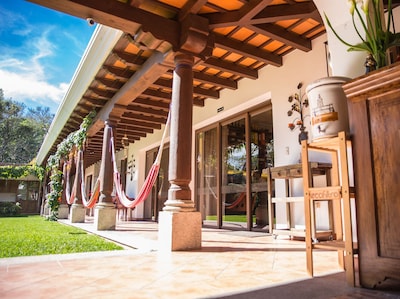 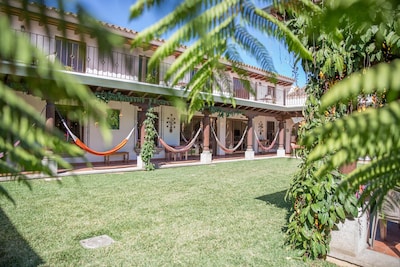 When Tom finished his university studies in 2005 as a translator Spanish-English-Dutch he wanted to do something different than just a computer job and decided to go to Guatemala to practise his Spanish, to volunteer and to do some backpaking. As a backpacker, on his way from Biotopo el Quetzal to Semuc Champey, his accidentally bumped into his current wife Alejandra when visiting Coban. They first went to live together in Belgium where Tom worked as a Spanish, English, Dutch and French teacher. But after a while Alejandra and Tom desired for another challenge and they started working as representatives for a Belgian and later a Canadian tour operator in many beautiful countries like Spain, Greece, Dominican Republic and Mexico. But Guatemala was always in their heart and finally they decided to return in 2013 to Guatemala to buy a piece of land and build their own paradise, which they would now like to share with you.

Tom Mahieu purchased this House in 2013