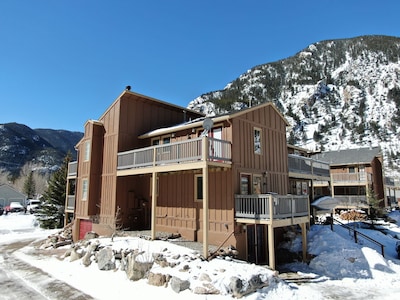 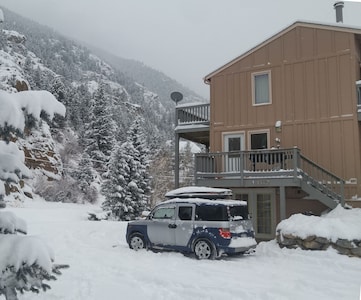 Dana & Steve Morris, co-owners, are brothers originally from Massachusetts. Dana was a ski bum back in the 70's in Aspen & France. He went heli-skiing in Canada in 1978 & decided to become a helicopter pilot. His jobs have taken him to Papua New Guinea, Myanmar & Yemen. He has been the National Park Service pilot for Yosemite & Grand Canyon National Parks. Currently Dana is the Flight Operations Chief for Flagler County Florida flying firefighting, air ambulance, SAR/LE missions. Working 7 days on 7 days off he commutes to his favorite state of Colorado on a regular basis. Steve Morris is a retired Navy Supply Officer having served on four aircraft carriers, at Navy bases on both east and west coasts and in the Middle East. In addition to Skiing, Steve enjoys hiking, bicycle touring, and sailing. Steve has enjoyed skiing major US ski resorts and bike toured in the US, Canada, and enjoyed skiing (winter) and numerous bike tours (summer) throughout Europe.

Dana Morris purchased this Apartment in 2015