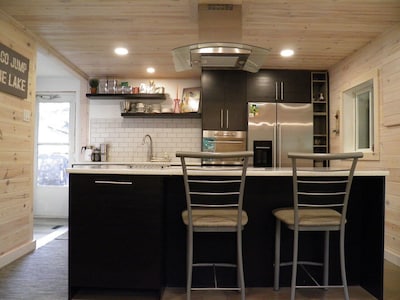 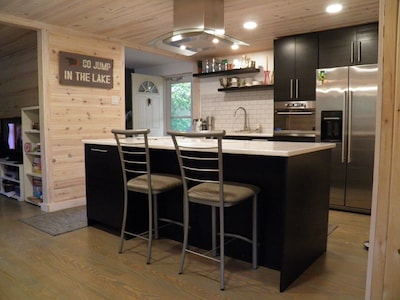 Year round home 450 metres away from lake, newly renovated

The Village of Dunnottar is a small, quiet community. Located on the southwest shore of Manitoba's largest lake, Lake Winnipeg, Dunnottar is approximately forty minutes north of Winnipeg. During the summer months, the population swells as cottagers from Winnipeg and surrounding areas arrive to enjoy the lakeside beaches and outdoor activities that Dunnottar has to offer.

Lake Winnipeg is one of the largest freshwater lakes in the world, it runs 250 miles from north to south, although the present fishing is in the southern lake basin, just north of the Manitoba capital city of Winnipeg. The 1997 flood caused a great spawning season and not those fist 12 years later are some of the largest in the word.

Ask a question
Member Since 2018

Bill and I have enjoyed travelling. For the last decade we have enjoyed staying at home sharing accommodations. One of our goals has been to offer our own residence as a vacation rental and try to create an excellent experience for visitors to Winnipeg and Lake Winnipeg like the ones we have enjoyed in other cities. We look forward to hosting you in out homes and sharing a comfortable space that we absolutely love.

Katina purchased this house in 12

We fell in love with The Village and started renting in early 2000. By 2008 we were ready to make it our second home and these are some of the reasons why. Lining most of the southern basin is kilometers of white sandy beaches - labeled some of the finest in the world. During the summer months, the area draws thousands of visitors from southern Manitoba and beyond who come to swim at the beaches and enjoy the blocks of quaint summer cottages. The area is relaxing and enjoyable for families at all times of the year.