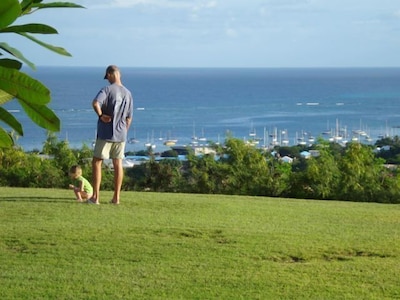 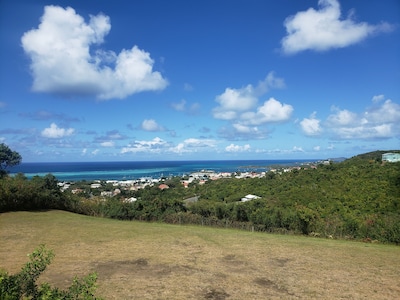 After selling our apartment in Brooklyn, NY in 2003, we did the next logical thing -- we bought my grandfather’s condo in St. Croix, in the U.S. Virgin Islands. Well, it was logical for me, anyway, having visited him there over many years since I was 18. Melinda had quite a different perspective. At first it was ludicrous, even infuriating to her that our fruitless search for a primary home in New York would be followed by the purchase of a secondary one in the Caribbean. Domestic relations got even worse when she saw the condition of the place; in the last 10 years my grandfather had allowed it to get long in the tooth. deteriorate. For an island where the temperature never goes below 70 degrees, there was suddenly a lot of frost in the air. But thanks to the intervention of a mutual friend named Dianna Huber, who visited us in St. Croix that first year and essentially served as marriage counselor, we got through the troubled times and Melinda eventually warmed to the task of renovating it. Every visitor since says she did a fabulous job. You will too.

Rob DeRocker purchased this Condo in 2004