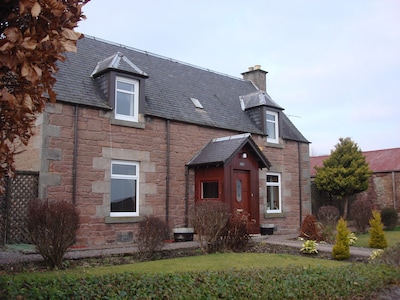 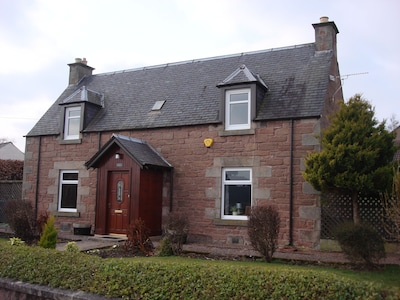 single (2)
Large room on 1st floor with views over Inverness

king
Large room on 1st floor with views over Inverness

Graham grew up in Inverness before leaving to go to University in Edinburgh in 1986. He has always been extremely fond of Inverness and the Highlands and has retained close connections to the town (now city). He has many relatives and friends living in the city and gets back as often as he can, especially in the football season as he and his father are long-standing season ticket holders with the mighty Inverness Caley Thistle. Graham bought a property in Inverness back in 2006, initially for his own use, but he started renting out to visitors in 2009 (see http://www.homeaway.co.uk/p441785). In 2012, he was able to acquire Kinmylies Farmhouse, which had long been one of his favourite properties. His mother, Margaret, manages both rental properties and delights in meeting guests from around the world.

Graham purchased this Farmhouse in 2012

The house is central enough to allow access to the city centre amenities but also offers easy walking access to some of the best walks in the area. These include the Caledonian Canal, the Great Glen Way and forest walks in Craig Dunain.