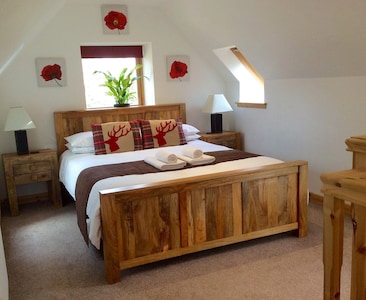 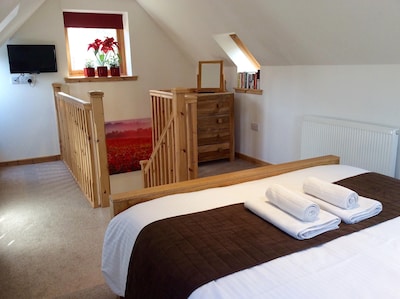 Hello my name is Scott MacDonald and I have been letting self catering holiday accommodation to holidaymakers for more than 25 years. My first property was a house close to the shores of Loch Lomond in Scotland which I successfully ran for almost ten years until I moved overseas. I then bought an old farmhouse outside the city of Granada in the south of Spain which I let for almost 15 years during which I also purchased a property in Bali, Indonesia. I relocated back to Scotland in 2013 and purchased a piece of land near Inverness where I built a home for my family. I later decided to build the cabin which I completed towards the end of 2015.

Scott MacDonald purchased this Cabin in 2013

Visiting this area for the first time in 2012 we were immediately impressed by the combination of beautiful Highland scenery and the relative closeness of Inverness. At 250m above sea level and surrounded by woods and hills Strathnairn has the feel of a much more isolated location but is in fact within very easy reach of the city. This is not such a common combination in the Highlands of Scotland with many of the popular destinations being far off the beaten track. This combination of city and rural works extremely well and many guests seem to agree.

This is a beautiful timber clad, contemporary cabin surrounded by mature Scots pines, larches, oaks and silver birches in a truly rural environment yet is only 15 minutes from Inverness. A rather unique combination in our opinion.