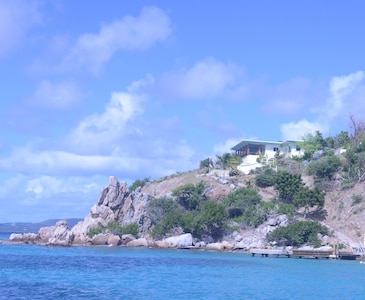 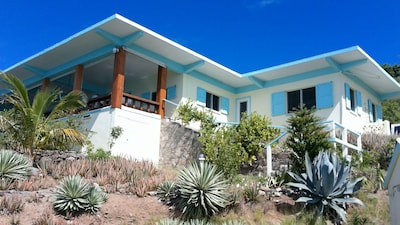 Fred & Candia Kruse, Owners of Quart-A-Nancy Point live in Frisco, Colorado, USA at an altitude of 9200ft (2800m). They have traveled to the Caribbean for over 35 years for the pleasant climate change marked by living at sea level in a tropical area.

Fred Kruse purchased this house in 2005

After several bareboat sailing charters in the BVI, we decided that an island-based vacation home was what we really needed. We chose Quart-A-Nancy Point at Cooper Island in the British Virgin Islands because it's that 'deserted' island everyone dreams about. It's far enough away from things to feel secluded, but close enough that you can drop by the bar for a drink or dinner or go to town on Tortola via boat if you want. We've made sure the house has all of the amenities expected so that we (you) aren't roughing it (though you could choose not to use things like wireless internet if you want to truly get away).

Located at the north end of Manchioneel Bay, Quart-A-Nancy Point, Cooper Island is island living the way it used to be - simple and serene. The views from the front porch are unparalleled and will make you never want to leave.