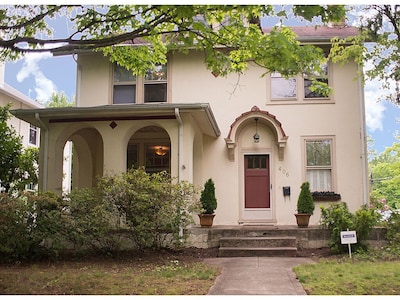 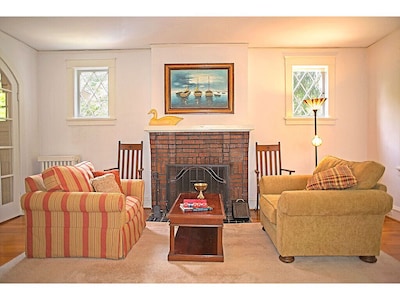 Cot
Adjacent to the master, the office has space for a crib.

I purchased this property when living in Richmond in 2006. I had just left an apartment and Richmond looked like a long term locale for me so I took the plunge and bought. Lo and behold, everything started changing and I wound up leaving Richmond, spending a year traveling before moving back to San Francisco where I'd been living until 2002. For a few years I had long term tenants, but I wanted to share the house and the location with vacationers, as well as use it myself a few weeks each year so it has been re purposed as a turn-key spot to spend your Richmond vacation.

Christopher Menke purchased this House in 2006

I looked at a lot of homes...a lot. I saw my share of Richmond's offerings from cramped old fixer uppers to soul-less new McMansions. I didn't want either. I wanted a house which had some character, and told some stories. I wanted a house which had modern amenities (Richmond homes really benefit from central air conditioning) and an open feel, without being freshly built and adjacent to a strip mall. I wound up falling in love with this home because it offers a compelling blend of the old and the new. This home has large airy well lit rooms and an openness which many older homes lack, but it retains the mullioned windows and French doors and thick hardwood floors. The period details are complimented by subtle updates like the dual zone AC, and an updated kitchen.