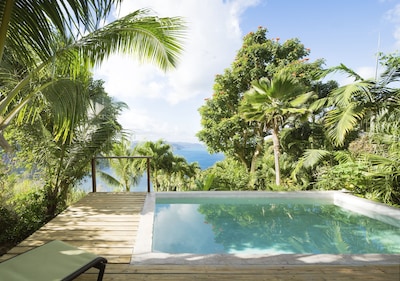 super king
can be made into 2 twin beds

Murray and Gail Bruce purchased this villa in 2001