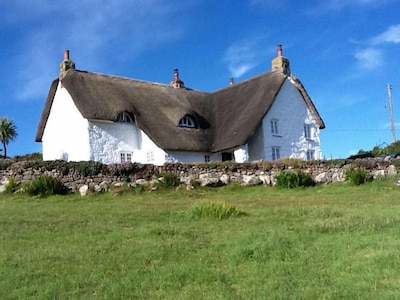 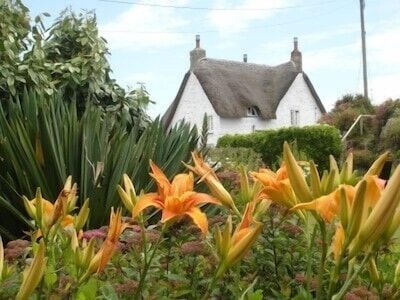 I grew up in the West Indies, went to university to study Modern Languages in St Andrews, Scotland, and trained as a journalist, working as Features Editor for Country Living Magazine in London. I'm married to David and have 3 children. I love travelling, and think the best beaches in the world are in the Far West of Cornwall!

Esther's Field has a special atmosphere. I think this is partly due to its great age and significance (it is Grade II Listed as a historical building of interest) and its architectural charm. It is also because of its amazing position tucked into the hillside above Sennen Cove, affording vast, all-round views of sea, sky and coastline: truly breathtaking.

At Esther's Field, you will find peace and seclusion, but the glorious Cornish countryside, the beach, the sea and the amenities of Sennen itself are all just a few minutes from the house on foot. You will have the best of both worlds!