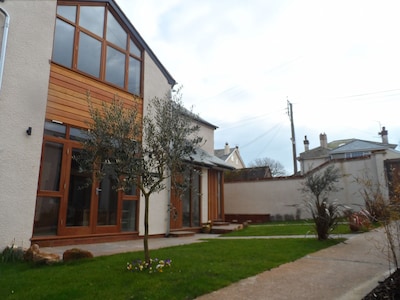 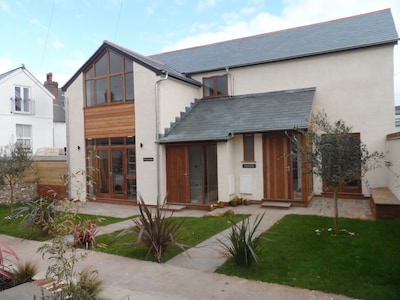 My husband has lived in Budleigh Salterton all of his life, and I come from neighbouring Exmouth. We live in Budleigh Salterton, only 5 minutes walk away from the Cottages, with our three young children. We also run the local Independent Win Merchant, The Tipsy Merchant, which can be found in the High Street.

Leticia Vaughan purchased this cottage in 2011

The cottages were converted from old barns, thought to have been originally used as farm buildings, but were just used as storage over the last 50 years. We completed the conversions in March 2014.