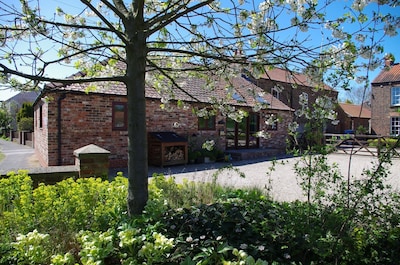 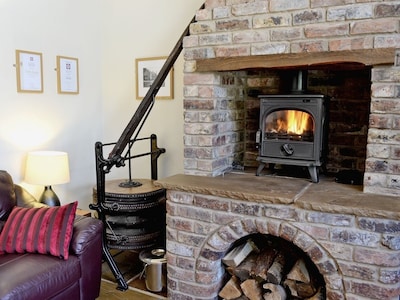 I live here in the Yorkshire Wolds with my husband Nigel, our 2 teenage sons & our golden retriever Archie.

Caroline Bradshaw purchased this barn in 2001

We bought the property in 2001 as our family home. The single storey outbuilding which was once the village Forge initially served as a workshop for my husbands construction business. After several years of making improvements to the main house we turned our attention to the outbuildings, which were in a very bad state of repair. We decided to demolish the building completely & rebuild it using reclaimed materials. The result was The Old Forge holiday cottage. We love living in the Yorkshire Wolds & enjoy welcoming guests & introducing them to this little known area, which many of them describe as a hidden gem. The artist David Hockney continues to paint the unique landscape of The Wolds and we have some prints of his paintings in the cottage.

What makes this barn unique

The village is ideally located as a base for visiting the Yorkshire Coast, the market towns of Malton, Pickering & The North York Moors & the City of York. There are literally hundreds of attractions to visit locally including many National Trust properties, Homes & Gardens such as Castle Howard, Scampston Estate, & Sledmere House, Museums including Eden Camp, The Yorvik Centre, & The National Railway Museum, & the North York Moors Railway. Children are well catered for, with Playdale Farm, Flamingoland, & the beaches at Scarborough & Bridlington. Malton is also becoming a centre for foodies with an annual Food Festival, several micro breweries & TV Chef James Martin at The Talbot Hotel. There are some very good eating places just a stones throw away from the cottage.