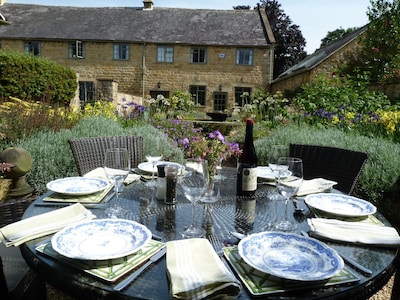 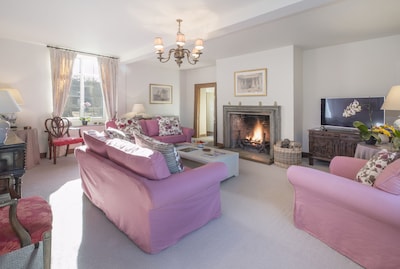 double
En-suite with bath and shower

A fourth bedroom on the first floor, with Californian king-size bed, en-suite with large walk-in shower is available on request and at extra cost. Although the maximum number of guests remains at 6, this gives additional flexibility to parties who would like more bedroom space. Please enquire for more details and pricing.

I'm Andrew, originally from Cheshire, now retired, and I've been living in this area for the last 30 years. My partner and I bought Russell Court 6 years ago, and it has been our home since then. We recently bought Russell House next door and after a year's renovation project have moved there, making Russell Court now available as a holiday cottage.

Andrew Dakin purchased this Cottage in 2012

Well, Broadway is famous as one of the most beautiful village in England, but more than that it's a great place to live, or just to visit. Within 5 minute's walk from Russell Court is Broadway's High Street, with three pubs, six restaurants, wine bar, shops selling everything from basic groceries, men's and women's fashions, florist, a gunshop, not to mention a celebrated delicatessen, hairdressers, doctor and dentist. Russell Court is in the perfect location, and has its own central part to play in the history of Broadway.

Russell Court, and the adjoining Russell House, was the centre of the Broadway Colony in the late 19th century - a group of American and British artists and writers who were the first to discover the charms of Broadway and the Cotswolds - the leading members were John Singer Sargent, whose Carnation, Lily, Lily Rose, was painted in the gardens here, Frank Millet, Edwin Austin Abbey, Henry James and Lawrence Alma-Tadema. It was this historic connection which first attracted us to the property, as we have close connections to the Boston area where many of the artists came from. We renovated the house over the last six years, putting in all the modern amenities, so that Russell Court is both historic, but with all the modern creature comforts that make it such an ideal base from which to explore the area. There are so many things to see and do in and around Broadway that a week is hardly enough! That's why I love it so much here.