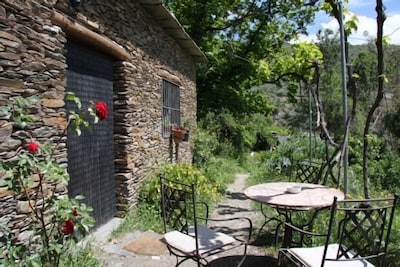 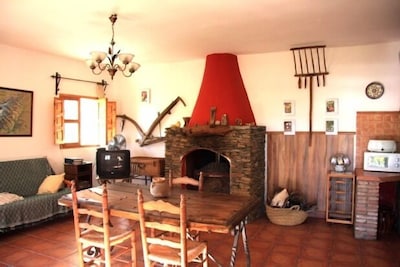 To visit ... If you want, you can not say there is nothing to see or do during your holiday. The Alpujarras and villages The rural area from which most writers have written centuries. Hung on a constellation of the southern slope of the Sierra Nevada, where you can visit the nearest villages, Laroles-Júbar-Mairena and PICENA that make up the city of Nevada, or the path of the white population of the villages Alpujarra: Valor, Yegen, Mecina Bombarón, Bérchules then Trevélez and Poqueira Canyon (Bubión Capileira and Pampaneira). Sierra Nevada was declared a Biosphere Reserve by UNESCO in 1986. And the Natural Park of the Junta de Andalucía. In 1999, a large part of its territory was declared a National Park for its botanical, scenic, and natural values. The flora of La Alpujarra, and by extension, Sierra Nevada, is one of the most precious of all Europe, with over 2,000 listed plants and approximately 70 unique species. Forest of oak, green oak, pine, chestnut, cork remain ... In its amazing ecosystems more than 60 bird species, 140 endemic insects, and among other mammals, Capra pyrenaica, the Queen of heights. The "Puerto de la Ragua" is 15 minutes from Buena Vista, at 2000 m altitude. In this space, in addition to hosting the leisure center of Puerto Ragua, where you can practice many sporting activities, you can see spectacular scenery if you walk a bit to the "Morrón del Hornillo" or "Chullo" as well as the peaks, you will see the great plain of Marquesado, Sierra de Baza, the Filabres and even the Sierra de Cazorla, to the north, to the south you can see the Sierra de Gador, Contraviesa, the Mediterranean Sea and some day Africa. The beaches of the Mediterranean: You can take a dip in Adra beach, the nearest 45 minutes from Cottage. Also nearby are Balanegra and Almerimar on the coast of Almería, Granada and La Rabita. A little further, but accessible early departure are the incredible beaches Mónsul, Genoveses, Escullos ... in Cabo de Gata natural park.