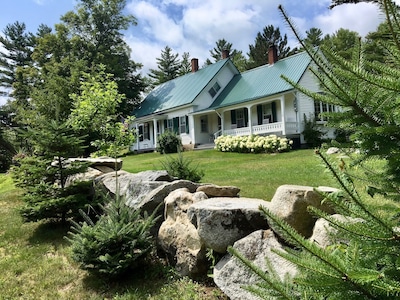 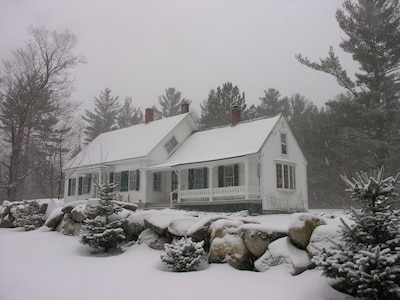 The house has been in the Freeland Family for almost 60 years. Now the three sisters (Carole, Joan, Susan) own it and provide loving care.

The house is charming both inside and out. Built during the Civil War, the original house was tiny. Over the years other rooms were added, including a second floor bathroom. A barn and picket fence were added, then later removed.

The front porch has an uninterrupted, sweeping mountain view. The area is peaceful and abounds with birds and wildlife. The home remains a quiet, comfortable get-away for those who want to relax. The nights are dark and, on a clear night, the sky is flooded with stars. You may see an occasional spacecraft, many shooting stars and the Milky Way!