View all Turks and Caicos properties 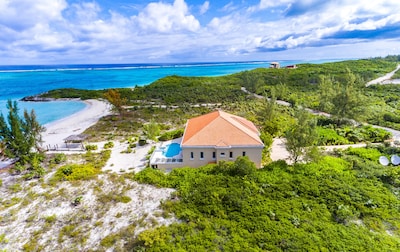 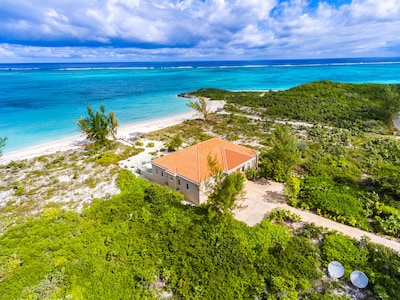 Next Best Thing To Your Own Private Island!

The master bedroom suite features a large picture window with ocean views as well as oversized French doors which open up onto the shaded patio. For your sleeping pleasure there is a comfortable Tommy Bahama four poster king size bed. It is appointed with a flat screen TV and clock with an IPOD docking station and boasts an enormous walk in closet. The en suite master bath features a double sink vanity, whirlpool tub, extra large shower with sunflower shower head as well as invigorating body sprays. Each guest bedroom features a queen size bed and is decorated in traditional West Indies style furniture. Six foot wide, double door closets provide ample space for all your clothing storage needs. Each bedroom also has direct access to a Travertine tiled bathroom and a tub shower combination. Crib/Pack and Play available for guests with infants.

Ask a question
Member Since 2006
Dan & Joetta Silva, Owners of Villa Cecilia is a Premier Host·The owner or manager of this property consistently provides great experiences for their guests.

After staying in Providenciales for several years in a row we decided to explore the outer Islands. As a result of our trips, we discovered the Island of North Caicos. It's beaches rivaled those of Grace Bay and the people were extremely friendly. North Caicos is located between the world renowned Island of Parrot Cay and Middle Caicos. So we felt it was a safe investment. We were attracted to its pristine and private sandy beaches. We decided to purchase an oceanfront lot in Pumpkin Bluff and build our 'dream Home': the Villa Cecilia. The Villa is named after my mother.