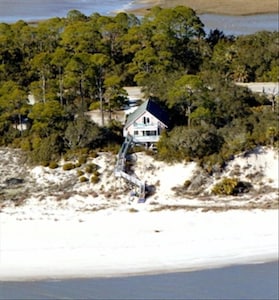 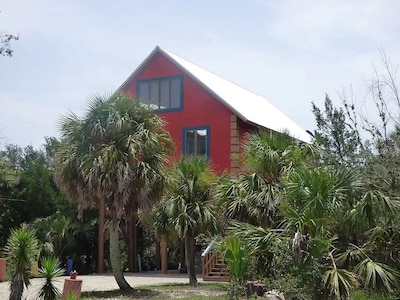 Ask a question
Member Since 2003

My wife Geri and I are retired university professors. Geri has developed into a very successful potter. All of her proceeds are given to the Wheelchair Foundation. Jim is active in local affairs. We moved permanent to the Forgoten Coast of Florida in 1999.

Geri Anderson purchased this house in 2001

Since we live down the beach 5 miles, we decided to buy a rental house that we share this beautiful areas with others and become an additional retirement benefit for us

Rejuvenation has the feel of privacy and remoteness. The views from the upper deck are awesome.