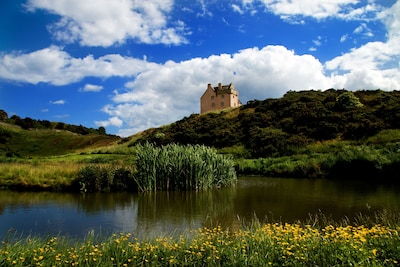 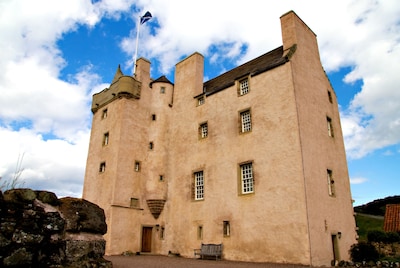 twin/ single
This room is not en-suite

All of our bedrooms are under-floor heated and come with Freeview televisions and DVD players, direct-dial phones and complementary boutique gin and locally produced malt whisky

Ian Simpson & John Macaskill are two friends who have known each other since school and who own the Tower jointly. Ian and his family live on a neighbouring farm whilst John lives in New York with his family.

Alan Thomson purchased this Castle in 2002

Ian's grandfather bought the farm that the ruined tower stood on in the late 1800's. Ian and John used to play in the ruin as children, and vowed that when they 'grew up' they would restore the castle to its former glory. Their vision was realised in 2002 when the house opened to the public after standing as a ruin for over 350 years.

What makes this Castle unique

Their love for the old tower is evident as no expense was spared during the restoration. The house benefits from modern conveniences such as under floor heating and power showers that similar properties do not have, as well as a warm, welcoming family-run atmosphere.