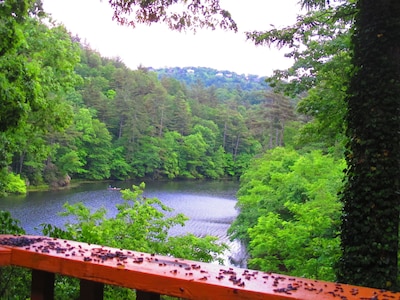 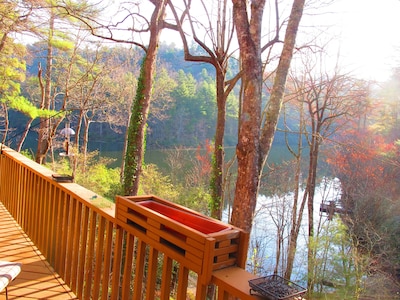 Lakefront cabin in mountains, 1 mi away from skiing/tubing!

I live in New Orleans and have vacation properties in Pass Christian, MS, Dauphin Island, AL and Sapphire, NC. We strive to provide high-end amenities and comforts in settings close to Nature.

John Ryan purchased this townhome in 2015

I love the mountains. The weather is cool in summer. There are lots of nearby amenities, restaurants and recreational opportunities. This area is the most biologically significant part of the Appalachian Mountains and is known for the diversity of its plant and animal life, including more than 160 species of birds. Few regions outside the tropics offer such opportunities for observing and enjoying the benefits of such a unique ecosystem. These Southern Blue Ridge Mountains, some of the oldest mountains in the world, are home to an incredible wealth of species. They contain the world's greatest number of endemic plants and animals, meaning these species occur nowhere else in the world. They are home to 400 rare plants and more than 250 endemic plants. The streams are home to crayfish found nowhere else in the world. More than 230 fish species have been documented, and new species continue to be discovered. These mountains are also critical habitat for populations of globally declining neotropical migrant songbirds, such as the whip-poor-will and Canada warbler. Five watersheds originate here in the mountains of Macon and Jackson Counties. This area of the Blue Ridge Mountains is (no kidding!) the Salamander Capital of the World (note upper case). Salamanders are most abundant in old growth forests, where large amounts of rotting logs and moisture-conserving leaf litter provide optimal microinhabitants for terrestrial species. These mountains are very old, giving plenty of time for a variety of salamanders to emerge. During the Pleistocene era (about 10,000 years ago) , glaciers covered much of North America but did not reach these mountains. Consequently, these mountains became a refuge for many species of plants and animals. Many species remained within habitat earth islands on isolated mountain peaks. New salamanders continue to be discovered. DNA techniques have determined that identical looking salamanders are in fact genetically distinct species.

What makes this townhome unique

Optional access to two outdoor pools, tennis courts and one heated indoor pool and health club. Great birding. Powerful optics provided. Great walking areas. This condo sits directly on Fairfield Lake. The main balcony is a wrap-around and is about sixty feet long. There is also a private balcony on the third floor which also overlooks Fairfield Lake and provides mountain views.