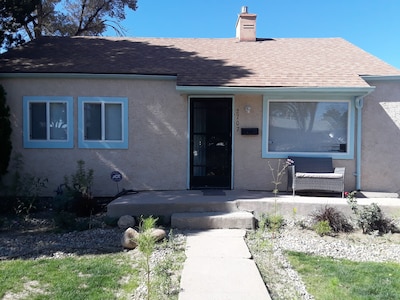 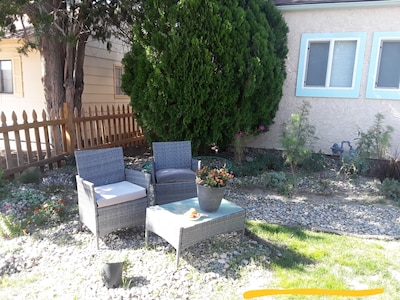 Ask a question
Member Since 2006

Eileen and Wally are both teachers. Wally retired 6 years ago and Eileen still loves her job. They would spend summers in Cape Cod and winters in Colorado. They felt like they had the best of both worlds and they probably did between those two places. They have two grown daughters and they would always enjoy the summers on the Cape along with them.

We saw Pueblo as an inviting place with a ton of potential. With mild winters, warm summers, a long growing season, not to mention the great restaurants. They have a gorgeous garden at the Pueblo house with plenty of color for your visual needs.

Days can be spent outside enjoying the garden and covered patio. Nights can be equally satisfying with cable tv and your favorite Netflix movies. An array of great restaurants dot the city of Pueblo.