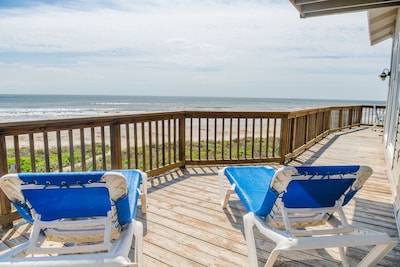 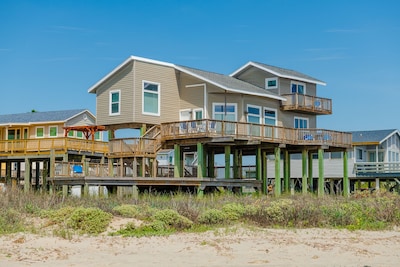 I bought the house in 2008, and 2 months later, Hurricane Ike destroyed the foundation and broke our hearts. I spent the next year working on the house. It had to be lifted up and set on the beach. Once a new foundation was built, the house was placed on top and then much of the house had to be rebuilt. Once the house was finished, I spent the next couple of years working for a house moving company doing similar work another storm damaged houses along the gulf coast. In 2011 I moved to the east coast where I now work as a high school physics teacher and an on-call firefighter. The house is a source of pride for me and I try to always keep it as a welcoming second home for my guests. My wife and 2 girls enjoy coming back to Galveston to visit the house and a few old friends as often as we can.