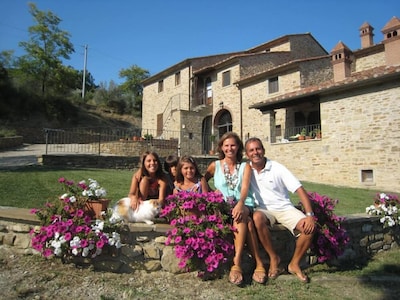 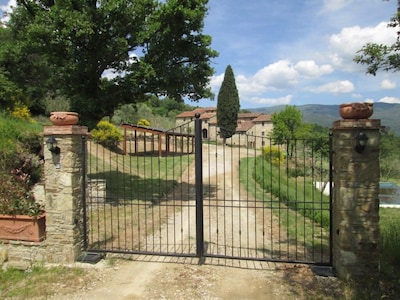 ancient tuscany House with character with garden and swimming pool

Built on a large outcrop of rock solid sandstone Borgo Campichierli probably has very ancient origins, dating back year 1052, when Pope Alexander II approved the Camaldolese monks to build a monastery in the valley of Ponina . The ancient manor of a window lintel carved with the cross barbaritana with 4 arms of the same size jambs to all sixth plenty of windows , the arch of the main ancient remains of the original system are still to be admired after careful restoration of the property . Over the centuries the Camaldolese Monastery was passed from hand to noble Tuscan families in the late nineteenth century until it became a fief of owned by the family Ducci , noble Catenaia and Chiassa , who transformed it into a farm in the country . The surrounding lands were rich in olive groves prized and there it was used as a mill for the production of a high quality oil . Campichierli was practiced in the territory of the hunting of the hare, pheasant and wild boar . The restoration carried out by the present owner has made it possible to bring back the original beauty of the complex and Borgo . Along with the restoration has been carried out over the pool a photovoltaic roof area of 80 sqm with table tennis , archery and bocce. In the meadows next to the pool 1 soccer field , one by one from volleyball and beach tennis .