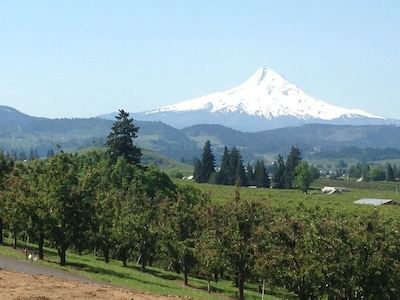 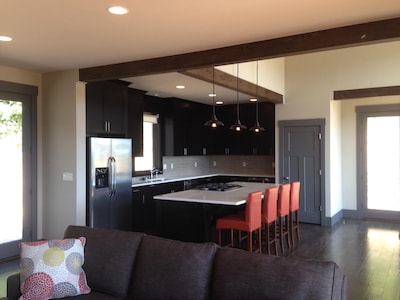 twin/ single (2)
2 twins tucked into wall of the TV room. NOT a private room.

Ask a question
Member Since 2015
Diane Zipper is a Premier Host·The owner or manager of this property consistently provides great experiences for their guests.

We spend as much time as we can in Hood River!

Diane Zipper purchased this house in 2015

We bought this property in 2008. We'd looked up and down the Hood River Valley for over a year for a property that spoke to us, and fell in love with the view from Old Dalles Drive immediately. We were finally able to build in 2015 and absolutely love ZipHaus! It's amazing to sit on the front deck and just...be. You can see the planes landing at the airport on the west side of the valley, watch all kinds of birds winging by (including a flock of wild turkeys, though they mostly trot around the orchards), and watch Mt. Hood as the sun crosses overhead and eventually sets behind the hills of the Cascades. We hope you enjoy it as much as we do!