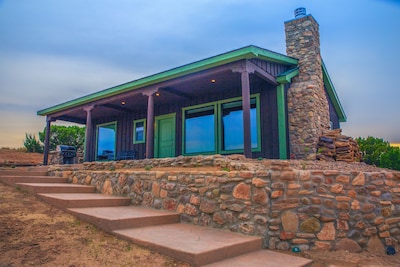 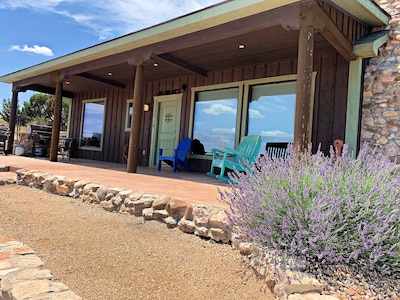 Jeff Means is the founder and manager of Doves Rest Cabins. He’s an experienced business professional with a 30+ year career in the hospitality & tourism industry. He has overseen countless event executions and destination/resort marketing efforts. He has personally led groups to over 50-countries and worked closely with resorts and hotels to enhance the guests stay and overall experience. He has traveled to every continent except Antarctica, and almost every state/province in the U.S., Mexico and Canada. During his career he has been to many interesting places such as, the Sahara Desert, Amazon River, Great Barrier Reef, Moscow, Marrakesh, Transylvania, Kenai Peninsula, and the Alps from every country, plus most of the Caribbean Islands. Jeff’s sister lives in New Zealand who he visits occasionally. Interestingly, she has several successful vacation home rentals projects in New Zealand, Australia and Argentina! Jeff is also an author and accomplished writer. His extensive travels have given him a unique view about the world and the cultures in which we live. His curiosity about world and human origins led him to write his debut novel, Entity of Origin. Jeff was born and raised in Northern California but has called Texas home since 1989.

Palo Duro Canyon State Park with its Technicolor walls make for high-desert scenery more commonly seen in southern Utah. It offers more than 30-miles of hiking, mountain-biking and equestrian trails and an additional 1,500 acres set aside for horseback riding. You can bring your own horses so don’t hesitate to ask us about local boarding. Mountain bikers can experience the best single track in Texas and will enjoy the well maintained five trail heads networking for some 26-miles throughout the canyon ranging from "mild" to "wild" in technical ability - dirt, rocks, river rock, sand, wash-outs, switchbacks, drop-offs and climbs with alternative trail accesses throughout. During the summer, enjoy a performance of the outdoor musical drama TEXAS. The play, nearing a half-century in its on-going production runs Tuesdays through Sundays, June through August, at the 1,700 seat Pioneer Amphitheater. Watch the stories, struggles and triumphs of early settlers. The family-friendly show has singing, dancing, fireworks and lots of Texas humor. You'll find ChairLift a place of amazing beauty, quietness and nurturing of soul & spirit. Here is where the Buffalo roamed. It’s Southern & Quahada Comanche (the most powerful & ruthless Indian tribes in American history), Kiowa, and Cheyenne and Arapaho territory. During their time, around 150-years ago, millions of Buffalo made this land their home and Palo Duro Canyon was a retreat for these nomad Indians - hunters of Buffalo. Chief Quanah Parker, the last of the Quahada Comanche warriors, fought the battle of Palo Duro Canyon not more than 20-miles east from Doves Rest in September 1874. It brought an official end to the U.S./Indian wars and the eventual peace that finally allowed settlers to occupy this last remaining freedom-outpost of “uncivilized” land in North America. Now, fun memories and RELAXATION happen here!

Off the beaten path and outside of mainstream destinations, we’re far from every other place to stay. We deliver an amazing guest experience that is truly authentic Texan, personal, and character-rich. Doves Rest Cabins is truly a unique base camp from which to explore one of the world’s most transformative spot – Palo Duro Canyon State Park. Doves Rest Cabins is ideal for travelers who believe small is beautiful, and see travel not as something one does, but rather identifies it as part of who one is. If private and quiet surrounded by nature with friendly wildlife nestled in your own little world only a few minutes away to the second largest canyon in America interests you, then you’re in the right place!