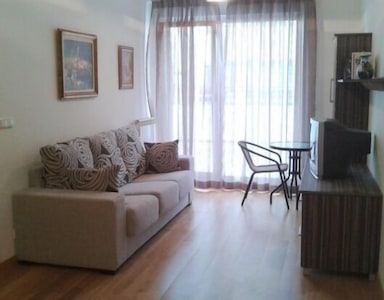 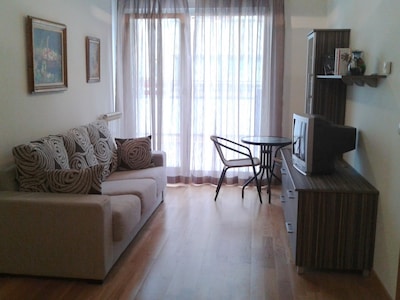 Urbasa and Andia mountain ranges form an extensive natural park in northwest of Navarre . It’s a great high level, which descends steeply into the valley of Sakana , north , and south towards Amescoas . Spectacular beech forests cover a large part of the area together with other species such as maples, yews, junipers and pines. On the rasos the forests give way to pastures scattered with heather and hawthorns where grazing horses and sheep are a common sight. Also noteworthy are the potholes and crevices of these mountains for caving enthusiasts, and the awesome views from the Balcón de Pilatos (Pilate’s Balcony), the overlook of Lizarraga, and the panoramic table installed next to the palace of Urbasa. In Urbasa and Andia as well as in Aralar there are innumerable hiking trails with different difficulty levels that fit the possibilities of all kind of users. You can check any website about trekking or hiking and you will find a lot of them. Here we highlight the route that starts few meters from Angoiko Etxea and takes you from Bakaiku to the top of the Urbasa . The Aralar mountain range is an extensive large area beetween Gipuzkoa and Navarra. It is a large karstic massif with a varied landscape of rock grooves, hidden valleys, caves and chasms and another, more serene scenery, of evergreen meadows and beech woods that change their colour in every season. It is one of the most important dolmen stations and also a focus of trekkers and mountaineering trips . It is noteworthy the existence of the medieval Sanctuary of Saint Michael of Aralar in the top of the mountains. It’s an emblematic place for Basque culture inside which the chains that according to legend, were worn by Teodosio de Goñi as penitence for having killed his parents in law after being tricked by the Devil. He was freed after invoking St Michael and thus defeating the dragon of Aralar. Lizarrustiko Parketxea is the Interpretation Center of the Natural Park, it is twelve kilometers from our house.