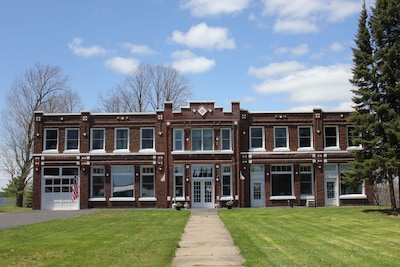 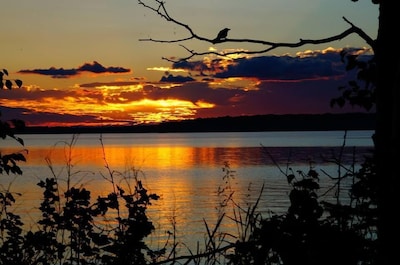 I and my husband Steve got married in 2010. We are now raising two beautiful babies Kal and Kate. Steve had been Airline Captain for American Airlines for 27 years. He was also an Air Force instructor pilot for 6 years before started flying commercial airlines. I have never seen anyone so happy flying and that he would say something like 'I enjoy my job so much, I should be paying them instead of them paying me!'. He always came home with an ear-to-ear smile (well, most of it because he was just happy to see his wife :-)). He retired in 2011. I am of a Filipino origin born and raised in the Philippines. I was collage professor teacher in the Philippines before I came to America in 2007. I worked at Target as sales associate and became Department Trainer in three months. I left Target to work at the Hilton Chicago so I would be closer to Robert Morris University where I took my Masters degree in Master in Information System. I graduated in 2010. I and Steve got married shortly after my graduation. We then bought the hotel after our wedding .

There is something something very special about this hotel. It's structure is the only high end commercial looking building in town. The hotel is rich with history, almost all local people have stories to tell about it. Lots of them grew up getting in and out of the hotel, buying their groceries, even first cigarettes, first booze, etc etc. Some have fond memories how much they love their ice cream from the grocery which is now 'kids' room'. Pelican Lake changed over the years and the hotel had witnessed it all. The hotel was built on the original foundation of the Beach Inn hotel that was built in 1898. Beach Inn, which then later became Pelican Lake Hotel, was then the first resort in the area and was the center of community affairs for decades until 1970. It went to different owners and served different purpose until Gene and Shirley Kaczkowski owned it for over 20 years. They then transformed the building to be home for family reunions which we keep. This building has been a significant landmark in town. It is our privilege to restore the hotel back to its former glory. And we are very proud to say that she's now standing proud and beautifully always embracing anyone that will make experience that last a lifetime.

This is not a typical hotel. This is more of a big cabin, like your own home away from home. You will get the key and get the whole place to yourself. The sunset is exquisite. The view is breathtaking, peaceful and quiet. This hideaway is perfect to escape the noisy buzz of big cities. Plus you get to stay in a certified historical place listed in both the National and Wisconsin Register of Historical Places.