Spacious 6 Bedroom Orchard House close to Acadia and the Shore. 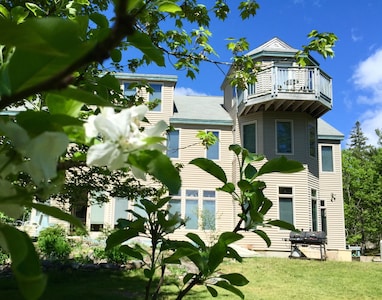 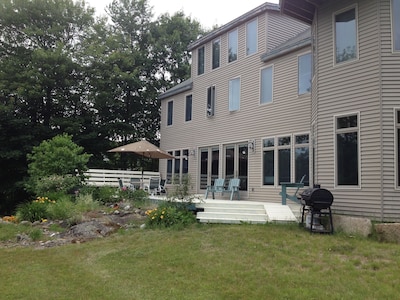 The Orchard House, our home, began as a small photographers cottage down on the shore in Hulls Cove. Some time around the early 1900's the cottage was moved up to the orchard. It escaped the Great Fire of Bar Harbor in 1947 but burned to the ground exactly 50 years later in 1997. We rebuilt the house, bigger this time because our family was growing and now the house's story has seen another change. We look forward to welcoming guests to the Orchard House and for you to enjoy the house and its surroundings and become part of its story too.