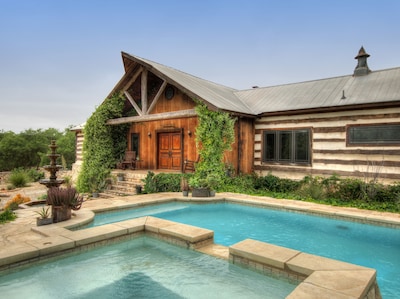 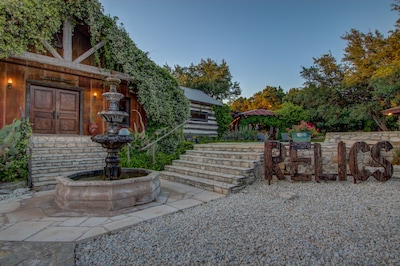 Howdy! David Hale & Bex met in Abilene, TX where David was flying C-130s for the US Airforce, and Bex was running her interior design center and retail furniture store, Relics Home. After 9 years and 5 overseas deployments, David left the Air Force, married Bex and moved to Wimberley. HGTV Design Star, Bex Hale, moved her business to Wimberley where she adds her signature style to homes across the Hill Country. See more at relics home.com Lucille "Lulu" Hale joined the gang in 2013 and is especially fond of the ranch donkeys, June Carter and Loretta Lynne. Lulu starts most days by calling out to her buddies, the "hee hee haws."