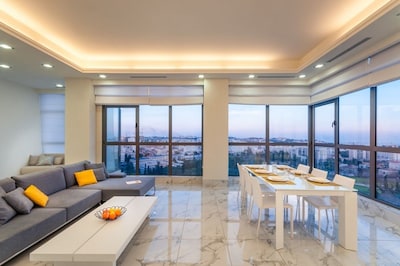 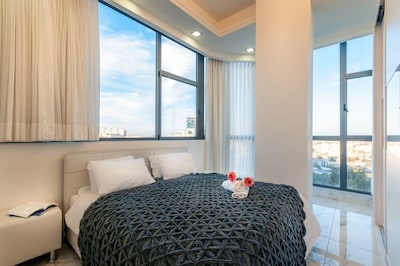 Not So Magical After All

We had the opportunity to spend a week at the "Magical View" apartment in December, and wanted to make sure others were warned before walking in unaware as we were. The positive is that the location is great, walking distance to hotels, Old City, Ben Yehuda, parks, etc. The first big problem was that it is directly across the street from a giant construction site where an old hotel had been torn down, and the jackhammers begin every morning at 7AM, Sunday through Friday. This also creates an inordinate amount of dust, which can be found in large piles under the beds, as well as on the floor to ceiling windows, giving a nice brown haze to the magical views. We had also been told there was street parking, but didnt realize this was metered parking, and not easily available. There is an app, but you need to be an Israeli citizen to use, so wound up with a $125 ticket on first day. What you can do is park at the Plaza hotel nearby for $9 a day, but took us awhile to figure that out. The "manager" never showed up to show us how anything works or where things were, as he lived outside the city, so you're on your own. As for the apartment itself, it does look essentially like the picture, but is beginning to show some wear from use- couches stained, dust under the beds, dirty windows, etc. If you have children with asthma, allergies, or any breathing issues, could be a problem. There was no hand soap in the bathrooms. 1/2 rolls of toilet paper with no reserve. Cable channels all se