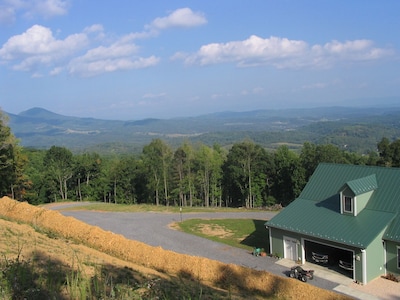 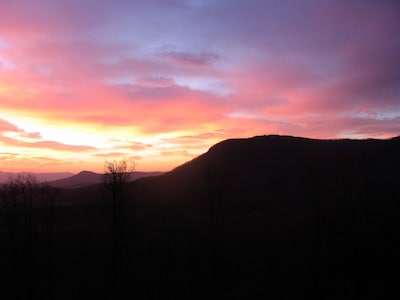 In addition to a queen size and a king size bed, there is also a port-a-crib, chair for feeding a child, a rollaway bed, and an inflatable queen size air mattress suitable for children, and 2 single futons for children...

Check in after: 11:00 AM
Check out before: Flexible
Also note:

Ed was born in Michigan and attended St. Louis University and Wayne State University Law School. He joined the Navy and after Vietnam and San Diego, California he was assigned to Canberra, Australia where he met Daphne. After 3 children and 24 years in the Navy, he found work in Washington, DC. Their older son attended VMI and as retirement approached, Lexington was their choice.

Edward Hosken purchased this Apartment in 2006

The view and the solitude. The property is over 160 acres and 2 sides touch the Jefferson National Forest.