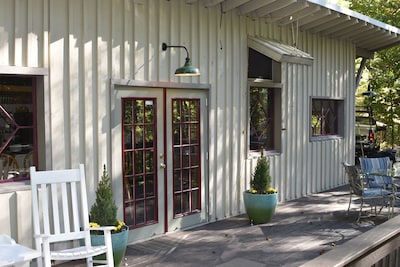 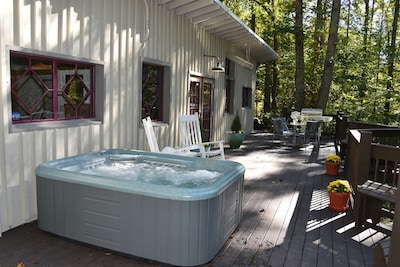 Ask a question
Member Since 2016
Carl is a Premier Host·The owner or manager of this property consistently provides great experiences for their guests.

Carl and Stephanie are local folks who live on the property bordering Creekside Studio. They’ve lived in the Asheville area since 1995 and 1997, respectively, and moved to Candler in 2010 when they stumbled upon their dream home in the country. They care deeply for their natural surroundings and the animals on their small hobby farm—two dogs, four cats, a few dozen chickens and ducks, and about half a million honeybees managed in hives on their front yard.

Carl purchased this cabin in 2010