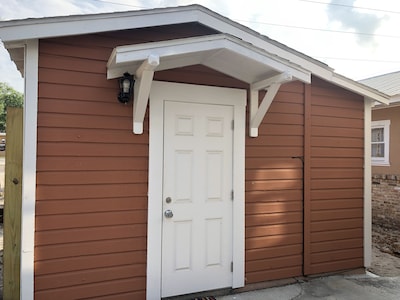 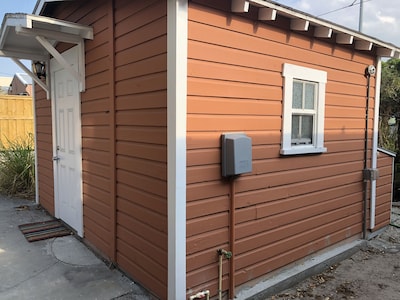 I am native to Tampa. My family has been in this area since the 1940's. My family has lived and worked on this property since the early 1980's. I can provide lots of information; not only about Tampa, but all of Florida.

Andrew purchased this Bungalow in 1985

My father bought this property in 1985 and has done multiple renovations throughout the years; most of which he has done himself. The building started out as a mechanics shop in the 1920's (many Ford Model T's are still buried in the parking lot) and was used as a hardware store up until the late 1970's. The apartments behind the building were used as long term rentals and the Tiny House was originally the laundry room for those apartments.