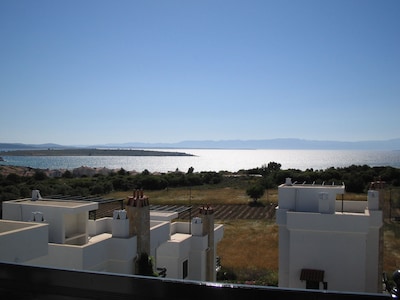 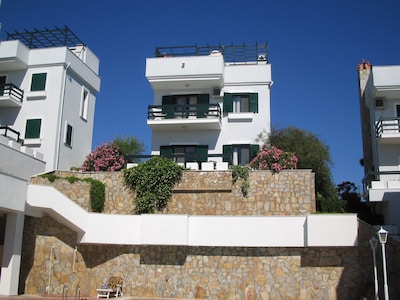 Tiny ILDIRI Village found 20 km north-east of famous Çesme Beach today lies partially on ancient City of ERYTHRAI. Due to this fact, there are several written aspects of the area coming from ancient times. Four small island that lie in the bay were called as Hippol (horses) during Hellenistic Period (Strabon XIV 644). In Plinus' inscriptions about the region, a river with the name Aleon is mentioned. Several ERYTHRAI coins have been found in with the symbol of River God Axus. Today, there is only one tiny river flowing to the bay at the south part of the site. Probably, River Aleon was at north where today it is as a dried riverbed.