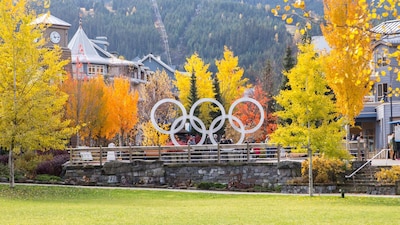 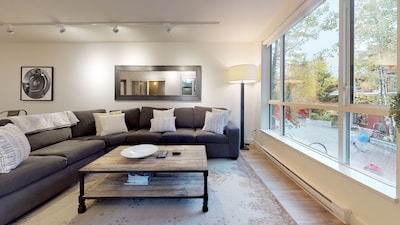 Bedrooms: 2 Bedrooms, Beds for 4, pull out sofa We prefer to only accept reservations for 4 guests as this is the number of actual beds (two queen beds), however we do have a pull out sofa that also sleeps two so we would consider more than 4 guests in some circumstances. Bedroom 1 Bedroom 2 Convertible bed: 1 sleep sofa /futon Queen size pullout Queen size Beds (2) Sleep Sofa-Queen(1) in living room Flat Screen TV in Master Bedroom

As a piece of interest we have included Mark's profile below that is listed at Oregon State University....... Mark Barnard, the former Head Coach of the Australian Women's National Team, officially joined the Oregon State University volleyball staff on July 22, 2005 and begins his 14th season with the program. He was promoted to Associate Head Coach in July 2008 and Head Coach in June 2016. Barnard brings with him a long list of accomplishments within the volleyball community. Barnard has coached at the international level for over 20 years and has been the Head Coach of the Australian Women's National Team since 2001. A native of Sydney, Australia, Barnard was an assistant for the National Team from 1997-00, including the Sydney Olympics. During that time Barnard also served as head coach of the women's national junior team (1999-2000) and women's national youth team (1997-99). In 2001 Barnard led the National Team of Australia to its first qualification to the World Championships in over 20 years. At its height, the Australian team was ranked No. 12 in the world. Barnard, who broke into coaching at the high school level, coached at Westfields Sports High School from 1992-97. They won the National Championships in 1995-96 becoming the first school to ever achieve this honor. He also spent time coaching the National Junior Men's Team from 1994-97. Barnard was no slouch on the court either, playing on the 1984 Australian Junior Men's Team and also played on New South Wales Junior Teams from 1982-87, three times winning the National Championships and was an All-Australian 12 selection. Barnard is a 1991 graduate of the University of Sydney with a degree in Education and Science. Mark and his wife, Louise, have two children, Isabella, and Alexander.

LOCATION, LOCATION, LOCATION. Louise worked in Whistler in the late 80's with little money, and a big dream to travel the world. Louise followed her dreams and worked around the world as a ski instructor for more than a decade. Finally getting a "real job" determined and motivated, Louise worked her way from the ground up to become a successful Real Estate Investor and Business Owner. Before moving to the United States with her husband's career, Louise owned and operated three very profitable Retail Business's in Australia (Bakers Delight & Muffin Break). However after all that travel around the world, working & skiing in so many spectacular ski resorts..... it is hard to find anything that compares to Whistler. Louise has always held a special place for Whistler in her heart, and now her family shares the same passion for Whistler. Owning a property in the heart of the Whistler Village stroll is absolutely a dream come true. The Barnard family is looking forward to being able to create many new memories together in Whistler. One of the things we love about this property is that there is lots of action nearby, however some guests prefer a quiet location. If that is you then I would suggest you look for something that does not overlook the village stroll. This property is right in the heart of the Whistler Village activity, and this is not for everyone. Whistler has a lot of action on the village stroll, so we want you to know this ahead of time. The unit has been updated with triple plane windows to remedy the noise factor from the village as much as possible. Noise By Laws are in effect 10pm - 8am. If you have young children/babies that are light sleepers please I want you to know ahead of time that there can be some noise along the village stroll.

What makes this condo unique