View all Half Moon Bay properties 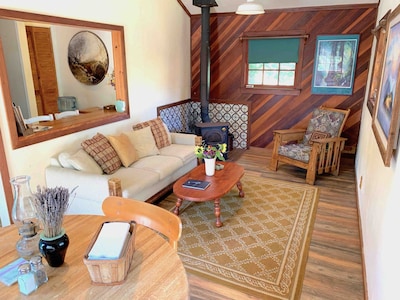 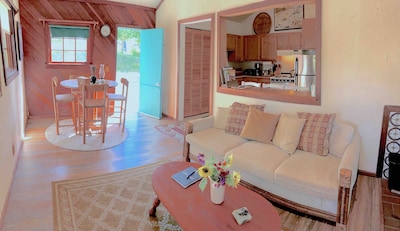 Accommodates 4-6 with kitchen, living room and bathroom near the beaches

Originally from New York I fell in love with the Bay Area while visiting in the late 1960's. I'm from a media family and have been a documentary filmmaker and film distributor in the Bay Area for over 40 years now and still going strong. Currently I run a non profit that supports the engagement activities around films on the environment, social justice, health and sustainability. I've travelled all over the world and have an extensive background in adventure travel. I've always felt the Bay Area was a perfect home base.

Steve Michelson purchased this Lodge in 1974

There aren't many places in the world where you can live in a secluded and natural environment yet be as close to a major metropolitan center like the San Francisco Bay Area. The Bunk House at Lobitos Creek Ranch is surrounded by thousands of acres protected by land trusts, county and state parks. It is only minutes from unpopulated beaches, Redwood forests and fantastic vistas of the Northern California coast.

The weather on Northern California's coast is divine. All year round the temperature is moderate. The Bunk House is located at an elevation of 1000 ft. above sea level so it is not nearly as prone to fog as most properties by the beach. On hot days in the summer there is always a cool breeze. On cold days in the winter it can be warm and sunny. One would think they were in Idaho when at the Ranch. The rolling hills, the coastal fog, the vibrant sense of nature and wildlife are everywhere. From your base at the Bunkhouse you will also be able to venture out to enjoy the big city excitement, the culture and the humanity of the Bay Area.