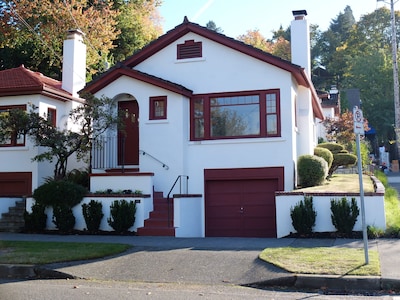 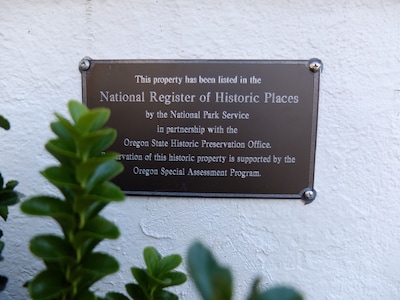 The Vista Cottages caught my attention 15 yrs ago...

Fred Leeson for the Oregonian: Nothing tells us what Iver Bohnsen was thinking when he set about developing an 8500 sq foot lot in upscale Portland Heights in 1926. The German born grocer had opened Portland Heights Grocery (now Vista Spring Cafe). He knew that the current houses in the neighborhood were...(large)... and that his customers and neighbors opposed apartment buildings and commercial buildings in their hilly, affluent neighborhood. But he also knew that Portland's population was booming...From the outset, the small one bedroom houses were popular rentals for singles, young couples and widows. Now the five tiny units bear the distinction that many of the far larger neighbors do not: as a recent addition to the National Register of Historic Places. Robert Mawson, vice president of Heritage Consulting, helped compile history to support the registry nomination. 'We have been doing this for 25 years, and to our knowledge there isn't any other complex like this in the city', he says.

The cottages were born...five of the tiniest homes almost anywhere in town...'pocket houses' of the 20's