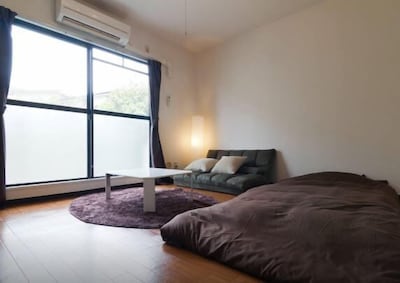 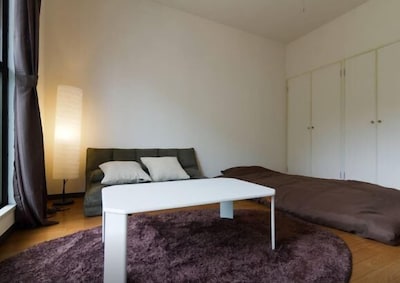 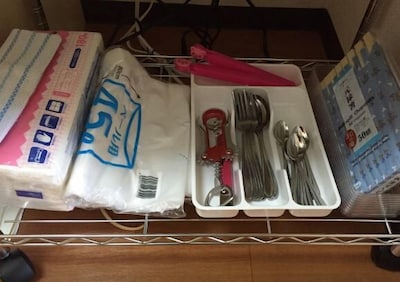 Neighbors nearby are very nice!!

Cabbie dropped us off near the place but on a dead end and the apartment was in the other side.

Out of the way from downtown

Small but all necessary facilities. Kitchen is minimalist but workable. Best perk is that the unit came with two bikes. One bike had a good set of gears that allow handling steep hills. The second bike was single gear.

quiet street and neighbourhood. no more than 10 minutes from grocery store.If you are cycling to downtown Kyoto you can;t avoid the hills.

apartment in suburb. far from city.

we had problem accessing main door to apartment. since our phone was not available, taxi driver called up Mr. Izumi (owner) to seek assistance in opening the lock. however, it seems Mr. Izumi was totally dependent on his manager and insisted I call him up after half an hour. when I told him we have no access to telephone he said to go to nearest station and call after half an hour. Totally disappointed. of course, later on we did manage to unlock the door.

the apartment was basic. only a small frying pan to cook. plates, cups and cutlery was available. Too small for 5 people. there was convenience store nearby and also local super market.