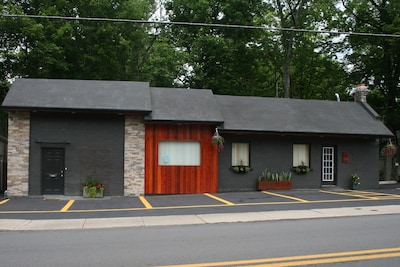 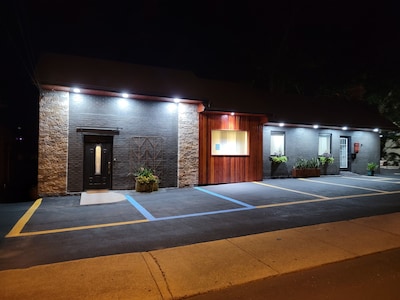 Ask a question
Member Since 2021

In 2004/2005 I moved to Thailand to help with efforts after the Tsunami that killed almost 300,000 people. After those efforts concluded, and after falling in love with the people and the culture, I decided to stay in search of business opportunities. I partnered with a Thai National, and an Australian businessman, and we set out by purchasing 5 acres on the beach In Khao Lak, Phang-Nga, Thailand. Initially we were going to build a beach estate and "flip" it. Its name was Ban Hin Chaang (House of the Stone Elephant) However in the middle of the process we realized that many of the beach resorts would not be opening back up, due to the fact that their properties were not covered by insurance, because the word Tsunami, was not a Thai word, it was never used in their written history. Therefore there was no Tsunami clause, or insurance. We changed directive. The other two partners wanted to do simple beach bungalows. I believed that the property deserved more, I wanted it to be the best we could make it. Especially since, we were starting from scratch. The tsunami killed every living thing. Every blade of grass, every tree, every flower. WE would remake what once thrived. After Several injections of capital and much hard work later, The Luckanawadee Boutique Beach Resort was born. An exclusive property, where we offered the best service as well as guaranteed privacy. We had high profile clients. To name one, The Israeli Ambassador to Thailand and her entire family came every year for 2 weeks, with their security personnel. Actually they came two weeks prior to assess security threats. During the second year , I opened Soul Fusion Restaurant and Beach Lounge. The other two partners wanted no part of a restaurant operation, since they had been there and done that. The restaurant specialized in a very eclectic and "fusion" cuisine. The Resort did very well. as did the restaurant and bar. After a decade, and my father falling more ill, I returned to the States.

This is in an effort to help build the much needed infrastructure of a major college town, in its infancy. As well as the fact that I'm not from Beckley, but made a decision to get married and settle down here. Therefore I will invest in my home and protect it the best way I know how. Being involved. Being present. After talking to several University officials, I found that there was a great need for housing of the parents of the students that come in . Especially the ones from Europe, which there is a surprising amount. That fact paired with the fact that The New River Gorge area was just named our newest National Park, and that Beckley would see some of the overflow, the concept of a short term rental, staycation, or airbnb & VRBO became highly interesting.

The unique benefits that one will experience from staying at the Carbon Flat is that not only do I have a very long track record of very personal and quality service, but I chose the location, because it could be purpose built. Every decision, every purchase would be very thought through and concerted/ with the guest in mind. Not only did I own a business in hospitality, i had 26 employees, from a country different than my own, that spoke another language, had different work ethics, and standards. I made it through all of that and i can only remember one metal breakdown. Point is, you couldn't find many others that could serve you in the way that I am able.