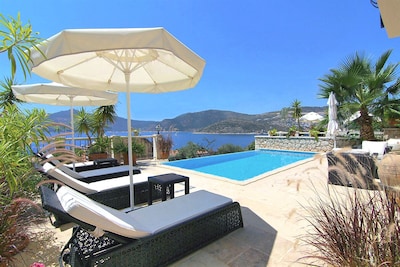 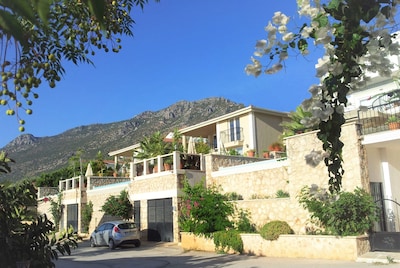 Hosted by Lisette and Frenk

About Lisette and Frenk

We are Lisette and Frenk. We are Dutch and presently live in Amsterdam. We like to travel around the world. We lived and worked many years abroad in countries in Africa, South Asia and the Americas. We searched in Europe for three years for a holiday home and accidently decided to have a look in Turkey. We found our piece of paradise in Kalkan, a seaside village with a wonderful atmosphere and a tropical feel..

Why Lisette and Frenk chose Kalkan

Kalkan is magical. The centre still resembles the Greek village it used to be long time ago. People are friendly and hospitable. Villa Bella is situated in the area called Kisla. Its a quieter spot than in the lively centre of Kalkan yet near enough for easy access by free water taxi across the bay during day in the main season (May to October), by taxi or by a 20 minutes easy stroll along the seaside.

The most important characteristic of the villa is the open view over the Kalkan Bay and the hills on the opposite side. The neighbouring, identical villa was amongst the 20 best seaside villas according to the Sunday Times in 2010. There are two beach clubs only minutes walking from Villa Bella, almost on the same level which is unusual for Kalkan. The Mahal beach club was chosen to have one of the ten best views of the world.