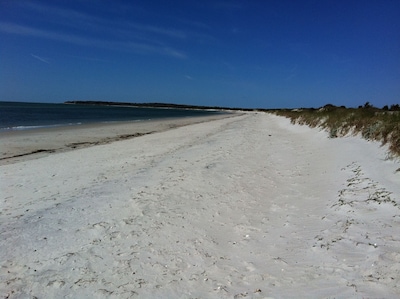 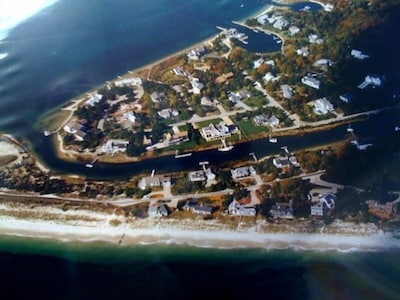 Our family purchased this home new in 1967, it has been in the family for all of these years. We have seen Great Island grow around us, but our jewel has remained as it was, except that we have built up the gardens, continually upgraded and refinished the home, and added a swimming pool. In the off-season, it serves as a year round residence and a family retreat for our five children, the grandchildren of the original owners, as well as their offspring, the fourth generation to enjoy our home. Our extended family gathers here to celebrate Thanksgiving, Christmas, Memorial Day and many festive weekends throughout the 'off-season'.

MIchael Hayes purchased this house in 1967

Our family's love for Great Island began in the 1940's when Marie Hayes would sail here from a summer camp in Hyannis located where the Kennedy Memorial now is. Our section of Great Island was mostly uninhabited at that time. We purchased our home in the 1960's when the land first became available. Our home was featured as the 'Home of the Week' in the Boston Sunday Globe in 1967. It was designed by John Barnard, a noted architect of the era, who designed many of the homes in Oyster Harbors in Osterville. It is a classic Royal Barry Wills styled Cape with a unique staircase based on a Whaling captain's home in Nantucket.