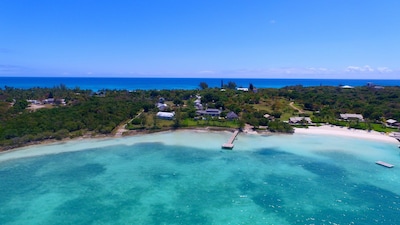 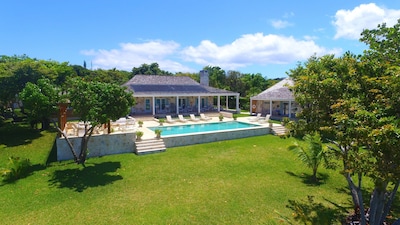 We have enjoyed sailing the Caribbean from the Virgins to the Grenadines. When we found Harbour Island, we realized it gave us the best of the things we enjoyed about Islands.

Harbour Island has been a special place for us to visit since 2000. We were first attracted to the Island from magazine articles describing the former capital of the Bahamas and the wonderful Pink Sand Beach for which it is famous(it really is pink!). The history of the island, lack of large developments, the quaint nature of the old harbour front and several world class restaurants and small resorts are some of the things that attracted us. Some of the houses on the water front in Dunmore Town date from 1797. Travel around the island is mostly by golf carts, although there are a few cars. The local population are very friendly and welcome the island visitors. Fly into North Eleuthera Airport (ELH) and take the water taxi on the short ride to the Island.

The lodge is separate from the bedrooms, so early or late to beds don't bother the sleeper. We have a great swimming pool, completed in the spring of 2015 that is solar heated with a special non-chlorine, non salt system that makes it very nice to swim. A new dock completed in March 2015 will provide the ultimate sunset viewing platform.